Here at Somebody Cares Tampa Bay we want to take the time to recognize the people and organizations that partner with us. Each month we will take a moment to share with you one of our partners and what they do. 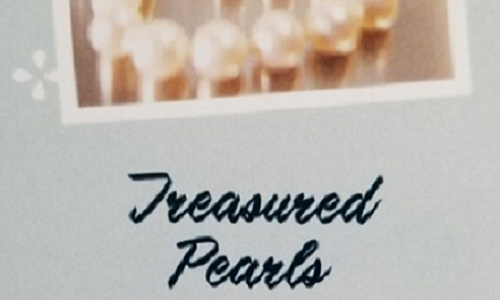 We are so proud to recognize Barbara Neu's organization, which, for 15 years, has tirelessly served Tampa Bay women working in strip clubs. She has been able to transform hundreds of lives, including their children, with the backpacks Somebody Cares provides. Originally called "Love's Way Out," her organization is now named "Treasured Pearls" and provides love and restoration to many women across the Tampa Bay region.

Community outreach has always been a passion for Barbara Neu. However, she wouldn't discover exactly what community God would call her to until moving to Florida in 1994 from Long Island, NY. She was upset at the number of strip clubs she saw in Florida. After all, wasn't this the conservative "Bible Belt" region of the country? Back in Long Island, strip clubs had been grandfathered out in 1979. "So surely", Barbara thought "they would have been long eradicated in the South." Obviously, that wasn't the reality. Anger and disbelief was her first response, but those feelings soon culminated into research about the adult entertainment industry and investigating what exactly local churches were doing to minister to them.

In Barbara's conversation with churches, she was disheartened by the apathy and complacency ministries had towards the strip clubs. Few ministries were reaching adult entertainers and many had come to accept co-existing with the prevalence of strip clubs across the region. For Barbara, that was still a baffling existence for her to accept. In 2001, Barbara's ran across an article in the Evangel Magazine about Jeanie Turner. She is the Founder of One Way Out in Fort Myers and for 20+ years has picked women up out of the adult entertainment world, brushed them off in love, and introducing them to a real life with Christ. By the time Barbara finished reading this article, God confirmed in her heart the mission He was calling her to create.

By 2003, Barbara, with the support of her church and two other women's ministries, founded Love's Way Out. Since its inception 15 years ago, Love's Way Out has been making a Kingdom shift. Barbara's mission has become to simply, "go with no agenda or expectation but share the love of Christ." She uses the backpacks we provide to ensure single moms can send their kids back to school prepared. She also takes baked goods to the mothers and readily offers prayers. She ministers to dancers and bartenders, as well as club owners. Barbara also continues to bless and work with women who have left the industry. Her ministry's efforts have ensured that every club in Pinellas and all but one in Hillsborough have been reached by the Gospel. 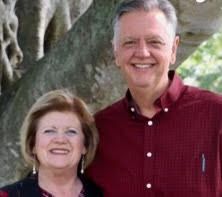 Founded in 1997, Somebody Cares Tampa Bay is a 501(c)3 non-profit with a distinguished history of meeting practical needs of people within the community.

We believe that caring is contagious, and it is our passion to create a "Caretagious" community that extends throughout Tampa Bay and beyond!
‍

Through collaboration with community, ministerial and civic leaders, our volunteer-driven organization accomplishes big things because, "We can do more together than apart."